Who really created the Coinbase Superbowl ads? Armstrong called out on Twitter 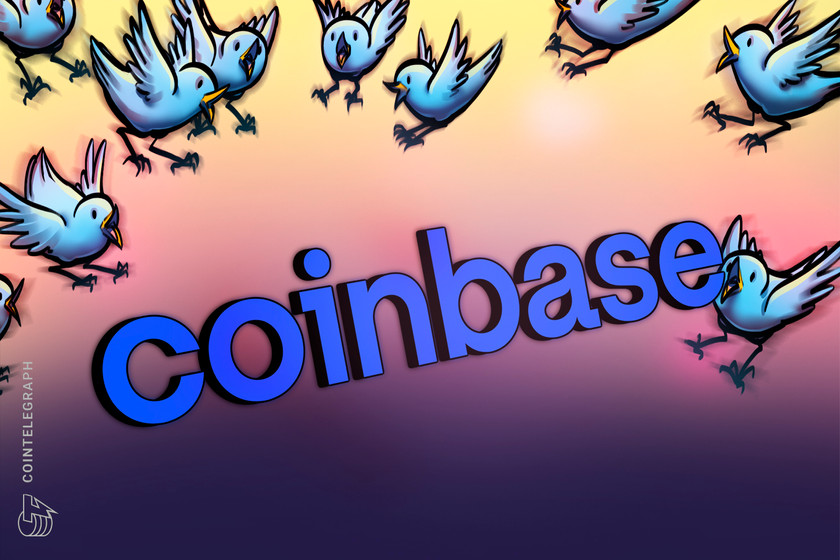 The Coinbase ad, which aired during the Superbowl last week, appears to be causing quite a stir on social media in light of new information on its origins. When scanned, the 60-second tv spot featured a color-changing, bouncing QR code that brought users to a promotional BTC giveaway page — seemingly based on the oft-meme’d DVD screensavers of yore.

Yesterday, in a long Twitter thread, Brian Armstrong, CEO of Coinbase, praised his company’s internal team for their work on the ad, saying that: “one of the original ideas [for the ad] we had included putting a QR code at the end. They finally agreed, and it turned out great — our team did an amazing job pulling this off last minute.”

In a reply to Armstrong’s post, Kristen Cavallo, CEO of advertising firm The Martin Agency, claimed it was actually their agency that inspired the ad, saying:

“It was actually inspired by presentations our agency showed your team on 8/18 (pages 19–24) and 10/7 (pages 11–18) with ad concepts for the Super Bowl with floating QR codes on a blank screen.”

“Although we didn’t work with a traditional ad agency, I’d be remiss not to mention the creative firm we worked with who actually created the ad, commissioned the song, got the clearances, etc. Honestly, felt like we were all one team, so I didn’t fully realize it, thank you!”

Armstrong did not mention the name of the creative firm in the thread.

Kate Rouch, chief marketing officer at Coinbase, presented another version of the story, saying that creative partner Accenture Interactive came up with the idea of inserting a QR code in a popular meme, which was subsequently greenlighted by Coinbase staff. Rouch stated:

“Multiple agencies — including The Martin Agency — pitched us ideas that included QR codes for several different campaigns. However, none of our partners’ ideas were conceptually what we were looking for and remained on the cutting room floor.”

On social media, Cavallo alleged that Coinbase was “claiming credit and disregarding agencies,” and adding to the confusion of who inspired the idea: “I’m advocating for Accenture as much as I am for the industry.”

My tweet was not about IP. I wrote because his thread could easily have been a celebration of creativity and breakthrough thinking, versus claiming credit and disregarding agencies. I’m advocating for @Accenture as much as I am for the industry.