Samsung has unveiled its new range of Galaxy S22 premium smartphones at its virtual Samsung 837X space in the Decentraland metaverse.

Over 100,000 users attended the “Samsung Unpacked 2022: The Epic Standard of Smartphone Experiences” event in the first 11 hours since it launched on Feb. 9 at 1:37PM UTC, making it one of Decentraland’s most experienced destinations to date. 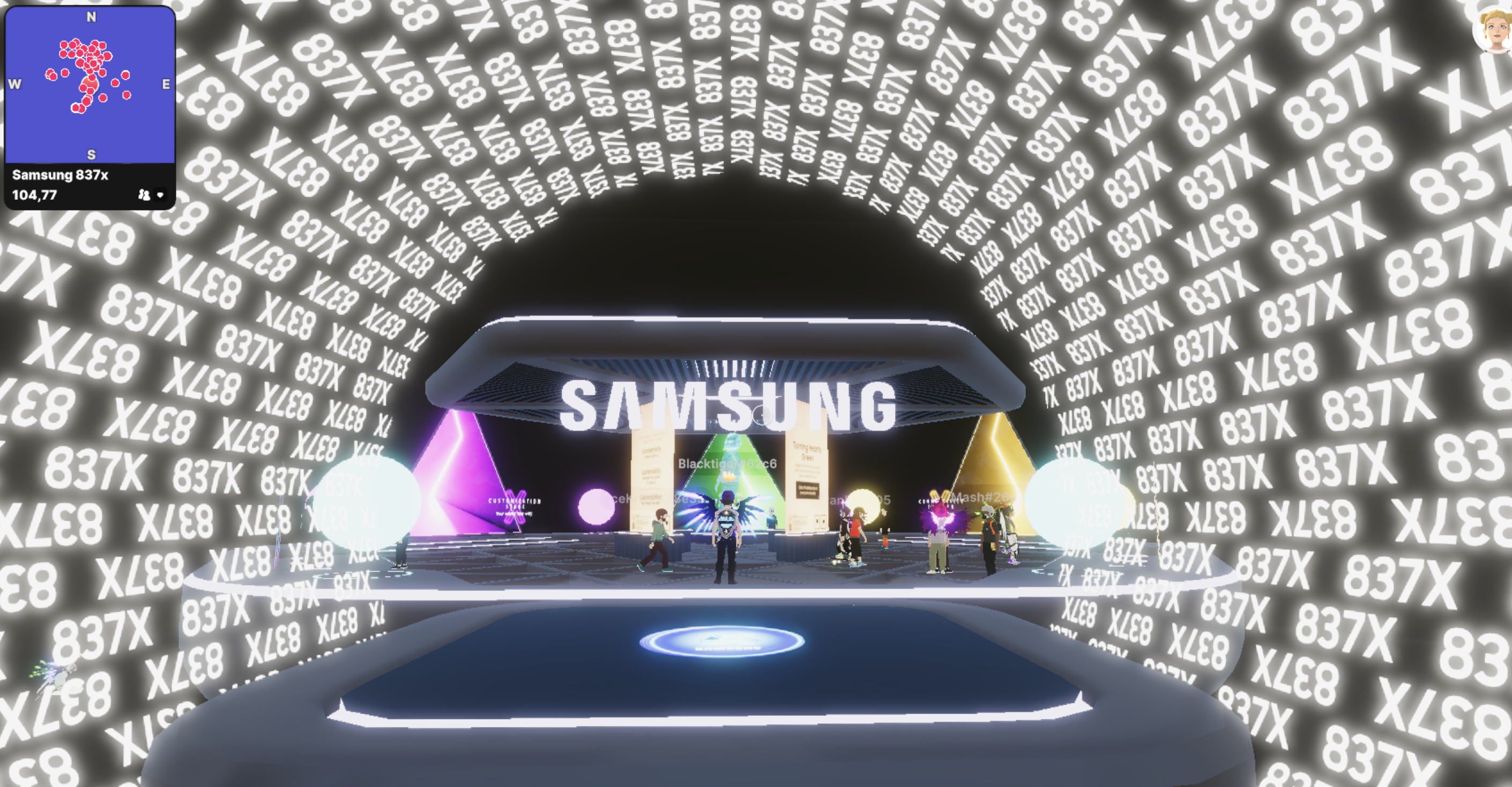 Users were theoretically able to preorder the new products by clicking on an icon that sent the user to Samsung’s website. However, technical issues plagued the feature, with many people taking to Samsung’s Twitter to complain.

“Did the site crash, I can’t even place my order in the cart?” asked one user. Another user replied, saying the same thing had happened to them. They added that it seems as though “scalpers and robots are trying to steal the show.”

Meanwhile, others complained that they were unable to collect the NFT badge reward for completing the event’s “Turning Red Hearts Green” treasure hunt game. The “quest” is set to run for five days, culminating on Feb 14.

I’ve collected my 10 badges, twice actually.
Planted the seed, twice now.
I still can’t get the badges despite putting in the codes. I’ve seen them being minted so I know it’s not totally broken.

What can I do? pic.twitter.com/YABIiytixm

Upon entering the Samsung 837X space, a hologram asks users to find and collect five discarded cardboard boxes to receive a gift. The gift turns out to be a seed to plant in Samsung’s virtual forest, to highlight the company’s focus on sustainability.

In exchange for planting the seed, users are supposed to receive a heart badge. In order to receive the real gift, they need to return on Valentine’s Day (to show their love for the forest) to swap the badge for an “exclusive new wearable.” 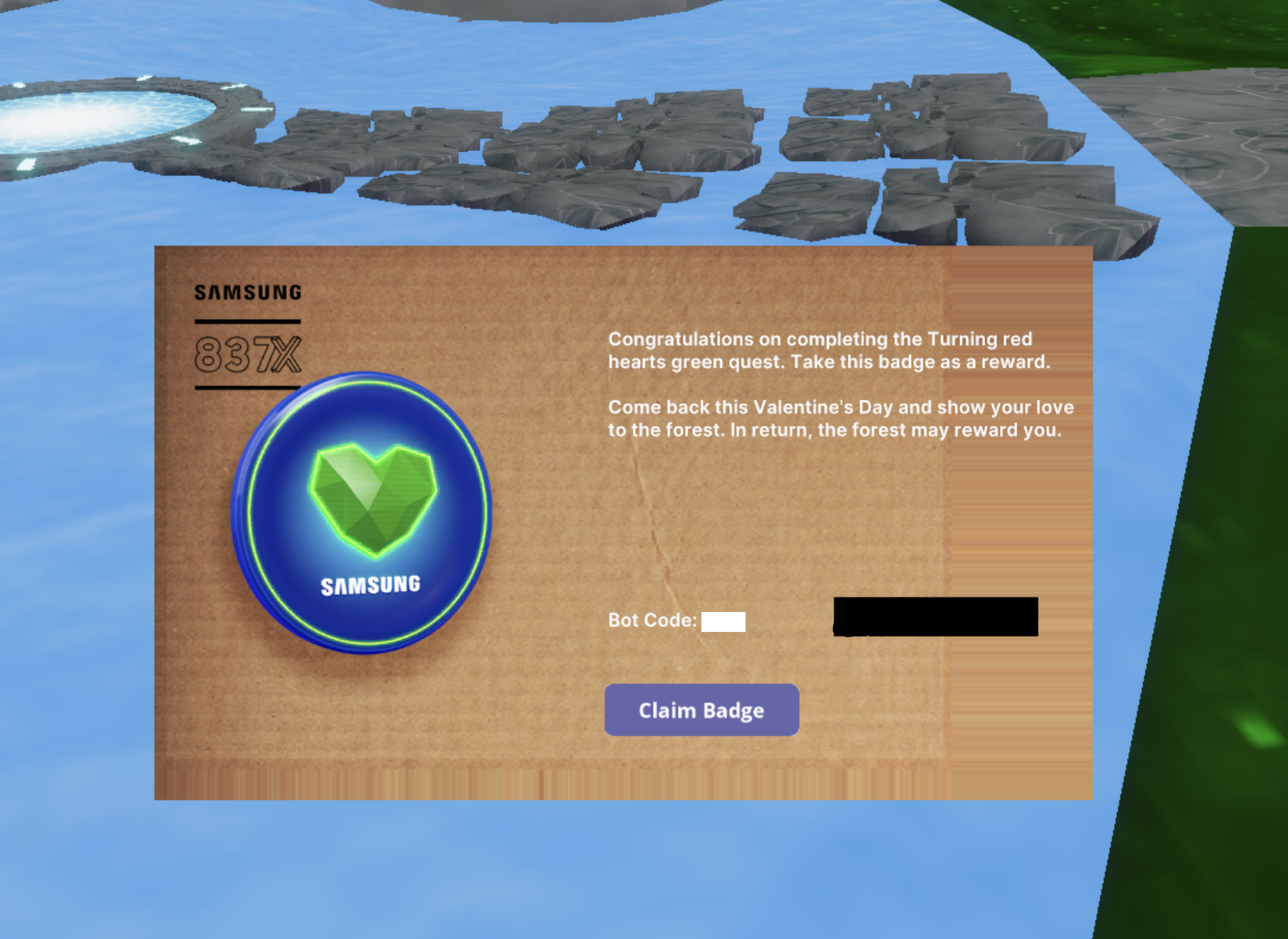 Despite the technical challenges, it seems as though users were generally pleased with Samsung’s focus on the climate and willingness to embrace burgeoning technology. One user in attendance at the event, “CheddarQueen,” told Cointelegraph that they enjoyed the “sustainability aspect” of the event.

“Many people say the Metaverse disconnects us from the natural world but this challenge proves just the opposite.”

On the other hand, some mainstream media outlets that reported on the launch didn’t seem too impressed. Cnet didn’t hold back, writing that it was an “example of what not to do when using the Metaverse to host a product launch”

“This could have been a lot of fun, but instead felt rushed and incomplete. It was a halfhearted attempt in a long line of cultural zeitgeist moments from Samsung.”

The Samsung 837X space on Decentraland first opened its doors on Jan 6 as a virtual replica of its real-world storefront at 837 Washington Street in New York City.

Samsung also announced the same month that it would be partnering with blockchain technology company Veritree to plant 2 million mangrove trees in Madagascar over the next three months.