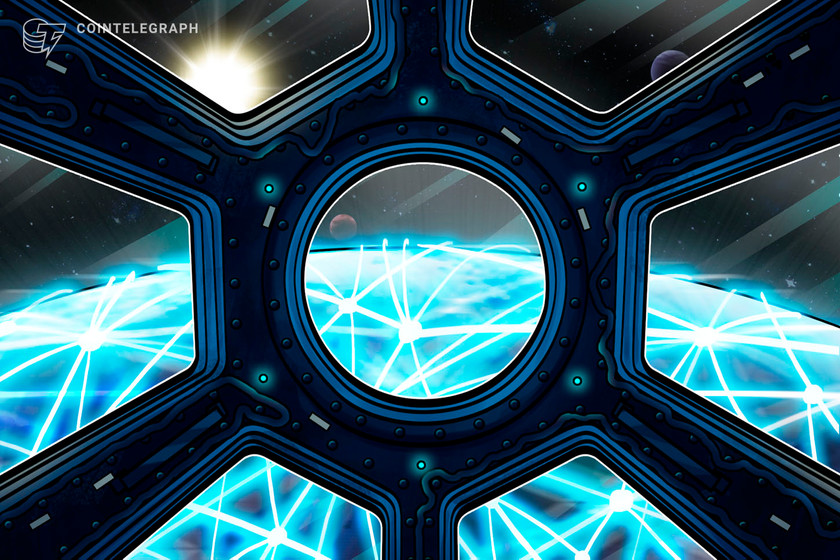 Blockchain technology pioneer Jed McCaleb is shifting some of his focus to a new frontier, space.

The prominent crypto billionaire announced the launch of his new venture “Vast” on Sept. 12, which is aimed at expanding “human habitation in space” — “enabling a future where millions of people are living across the solar system.”

According to a company statement, the space habitation start-up was founded by McCaleb in 2021 and will be tasked with developing the world’s first artificial-gravity space station to essentially allow humans to live and work in space.

Pioneering the world’s first #artificialgravity space station, #Vast is excited to announce our mission to expand in-space capabilities by enabling scalable solutions for humans to live and work in space. https://t.co/Kn9kjFqaDu

McCaleb’s long history of being on the cutting edge of technology began in 2000 when he created eDonkey2000, one of the largest file-sharing networks of the time. In 2007, he founded another company that developed a videogame called The Far Wilds.

He is the creator of Magic: The Gathering Online Exchange, a well-known trading card website that was eventually converted to a Bitcoin exchange called Mt. Gox in 2011. He is also a Ripple Labs co-founder, though he left the company in June 2013.

After McCaleb left Ripple, he founded the Stellar Development Foundation in 2014.

McCaleb says he hopes to use his expertise to enable humanity to access the “incredible amount of resources” in our solar system, stating:

“I have always believed in leveraging technology to reduce inefficiency and improve the human condition. To expand human habitation in space, we have to create technologies that perfect sustainability.”

According to McCaleb, he is assembling a “world-class team” of engineers with the support of multiple seasoned industry experts to create technology previously only seen in science fiction.

“Artificial gravity is not science fiction. It only requires a large spinning structure. The resulting centrifugal force provides a gravity-emulative pull.”

NASA has laid out its plan to decommission and deorbit the International Space Station (ISS) by 2031 possibly signaling a chance for commercial businesses to step in and provide replacement facilities.

It’s unclear where the funding for the project is coming from, but according to Forbes, McCaleb’s net worth is at least 2.5 billion as of 2022.

However, other sources claim it to be much higher, due to the billions of XRP tokens he received as a founding member of Ripple Labs in 2012, which he had been methodically selling off over the course of eight years, until Jul. 18 when his stash ran empty.