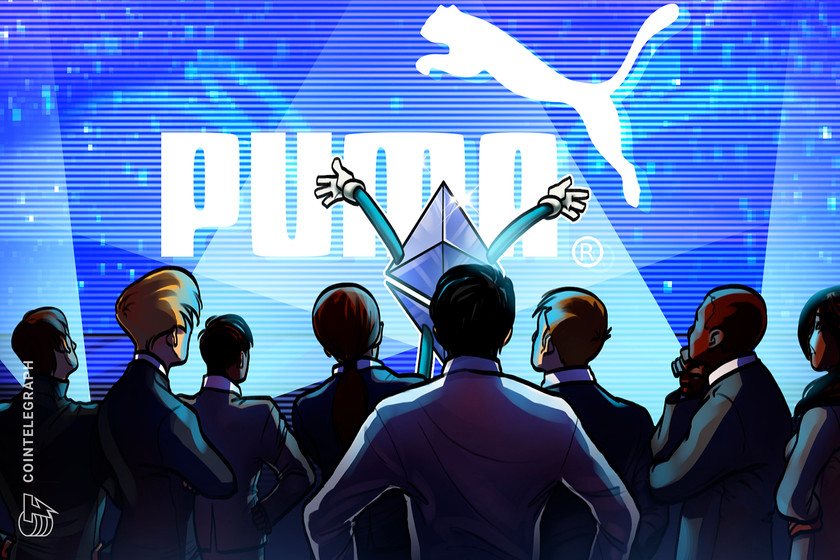 Puma is the latest in a growing list of major brands to purchase a decentralized URL and reveal their nonfungible token, or NFT, by changing their Twitter handle to Puma.eth. The sportswear brand registered the domain name with the Ethereum Name Service, or ENS.

Other major brands with .ETH domains include Budweiser, the subsidiary of Anheuser-Busch InBev, which bought Beer.eth through ENS on OpenSea for 30 ETH last year. And when the fast-food chain White Castle registered whitecastleofficial.eth, ENS’ former director of operations, even tweeted about his excitement.

All .ETH names are NFTs that can be “easily plugged-in to the ever-expanding NFT ecosystem,” as an ENS Medium post reads. Some of the benefits of an ENS name include being able to receive any cryptocurrency, token or blockchain-based asset, in addition to being able to point to a decentralized website and to store profile information like an avatar, email address or Twitter handle.

Puma’s ENS name is one of several NFT-related moves that the company has made recently. According to the Puma.eth OpenSea page, Puma has invested in various feline inspired NFT collections including Cool Cats NFT, Lazy Lions, Gutter Cat Gang and CatBlox.

At the time of publication, Puma ranked in the 13th spot of the .eth Leaderboard which lists the most followed Twitter accounts with .ETH names. In first place is parishilton.eth, secured by celebrity Paris Hilton, and shaq.eth, owned by former NBA player Shaquille O’Neal, in second.

Puma is one of the biggest global sportswear brands alongside Nike and Adidas, which have made their own entrances into the into the Web3 space with a big splash. Nike aquired the virtual sneakers and collectibles brand RTFKT, while Adidas Original’s launched an NFT collaboration with Bored Ape Yacht Club, PUNKS Comic and gmoney.

The Ethereum Name Service has a total of 724,096 ENS names created at the time of writing, according to Dune Analytics, with the highest number of monthly registrations occurring within the past few months. ENS’ competitor, Unstoppable Domains, has over 2 million domains registered according to the company website, and it recently launched its own single-sign on service for Ethereum and Polygon called Login. As more and more DApps, wallets, exchanges, and marketplaces support NFT usernames, Web 3 users are increasingly adopting decentralized URLs for digital identities.