DEXs and KYC: A match made in hell or a real possibility? 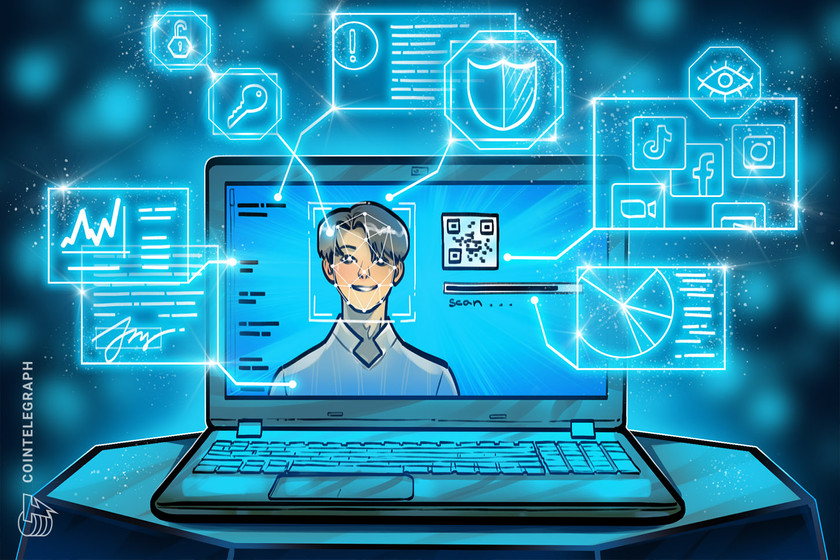 Decentralized exchanges must figure out how to up their Know Your Customer compliance before the regulation wave hits.

In his monthly crypto tech column, Israeli serial entrepreneur Ariel Shapira covers emerging technologies within the crypto, decentralized finance and blockchain space, as well as their roles in shaping the economy of the 21st century.

The White House came out with an executive order on regulating crypto recently. Across the sea, European legislators defeated a legislative push that could have spelled major trouble for proof-of-work networks. These developments should be ringing a bell that most crypto aficionados have long grown used to: Regulation is still very much on the agenda, and even though the blockchain community is now way more welcoming to compliance than it once was, this cannot go without at least a few ruffled feathers.

One of the things that will inevitably come up on the regulators’ target lists is Know Your Customer (KYC) protocols. As far as today’s ecosystem goes, these protocols are pretty much all over the place. Some platforms, usually the more centralized ones, handle KYC more or less the same way a traditional financial institution would, including at least an ID check-up. Others, however, work pretty much on a plug-and-play basis, meaning that as long as you have a crypto wallet, you are in business.

Related: European ‘MiCA’ regulation on digital assets: Where do we stand?

Decentralized exchanges, or DEXs, are pretty much the poster children for the latter approach. When using one, such as PancakeSwap on BNB Smart Chain or WingRiders on Cardano, you interact with the smart contracts powering their liquidity pools. In most cases, anyone can stake their tokens into the pool to earn a share from its accumulated transaction fees, and anyone can tap the pool to swap their tokens without much in terms of KYC. It’s a handy, fast and reliable way to move value between different token ecosystems that also allows liquidity providers to make a profit from enabling the service to keep running.

Compliance demand will be increasing

When delving into the blockchain space, regulators may find this approach a bit too laissez-faire. They may demand more KYC from such protocols, and such demands would probably draw the regular response: How on Earth do you expect an on-chain piece of code to be doing KYC?

At the very base level, this is indeed a tough question. “Code is law,” goes a popular crypto saying, so the capabilities of any decentralized application are inherently limited by its underlying code. Bringing KYC into those capabilities is a difficult challenge, both from technical and ideological perspectives. From the former, it means having to build an all-around digital KYC platform that would be able to handle the task on its own, without human involvement. From the latter, it means a step away from some of the core values and beliefs of the crypto world, which loves and cherishes its anonymity and privacy.

Some companies in the crypto space, such as Everest, are already implementing eKYC through traditional means. The company is also able to pseudonymously confirm the uniqueness and humanness of every user, which is important in our bot-ridden times. In the future, pseudonymity could very much become the rallying cry of KYC for blockchain. A system where a trusted third party can verify the client’s identity for compliance and issue a cryptographically-secured confirmation of the successful check-up that won’t reveal the client’s data itself could become a common ground for crypto purists and regulators. This token would enable exchanges, both centralized and decentralized alike, to verify the identity of the user without knowing anything about them.

Importantly, such a solution would also eliminate the need for exchanges to actually store their users’ private data. A centralized database with users’ personal details does not even have to include their banking information or private keys to be valuable for hackers, but if an exchange wants its proper KYC, it would have to create such a database. This creates a vicious cycle that exposes users to a tangible threat while also giving exchanges themselves the extra headache of having to manage and maintain these records.

Another interesting way to handle the decentralized KYC conundrum is by letting AI take a stab at it. This would likely require a multi-layered solution, where the first model would process a scan of a document and pass on the output to one or more other models to complete the job. While complicated, it is not exactly unimaginable — at least as long as we don’t envision something like that deployed as part of a smart contract. An off-chain implementation, though, could still act as a trusted third-party KYC provider enabling exchanges to function in compliance with all the right rules.

In essence, like many other processes, KYC always follows a protocol. It includes an input — the documents, financial statements, and other information the counterparty may need to go through — and an output, an approval or a rejection. Many processes like this are prone to digitalization as they follow the same logic most computer algorithms do. Sure, it will be challenging to build a system versatile enough to attune itself to different KYC rules in different jurisdictions, but it is very much possible. And it’s not hard to imagine the traditional finance world, where KYC is a major liability, to see value in such a system as well, making for a potential market worth billions.

Related: Implementing the double-edged sword of KYC is a must for crypto exchanges

Improved KYC procedures could also spark a user-interface renaissance, where DEXs become much easier to use for average investors. One of the biggest pain points throughout the cryptosphere, but especially on the decentralized platforms that market themselves more toward crypto aficionados than newbies, is the complexity of use. Until the debut of Kirobo’s undo button, for example, crypto users had no way to even confirm they sent their crypto to the right address. With proper regulatory adherence comes an influx of more mainstream users, and they tend to require smoother mechanisms for buying and selling crypto.

The more innovative DEXs’ developer teams, who build their projects with KYC compliance in mind while still staying true to the values of decentralization, will surely come out on top — so they might as well start innovating now to prepare for the coming change of tides.

This article does not contain investment advice or recommendations. Every investment and trading move involves risk, and readers should conduct their own research when making a decision.

The views, thoughts and opinions expressed here are the author’s alone and do not necessarily reflect or represent the views and opinions of Cointelegraph.

Ariel Shapira is a father, entrepreneur, speaker, cyclist and serves as founder and CEO of Social-Wisdom, a consulting agency working with Israeli startups and helping them to establish connections with international markets.