Bitcoin Price To Range Between $30k-$50k Throughout The Year

Bitcoin price is struggling to stay over $40,000, but Friday’s options expiry could provide bulls with the $160 million profit they need to keep the positive momentum going.

Bitcoin has had a modestly climbing trend for the past two months, bouncing off its support many times.

In an interview with Bloomberg TV, Michael Novogratz, CEO and founder of Galaxy Digital, estimated that Bitcoin (BTC) will reach $500,000 in the next five years. Despite the current price of BTC, Novogratz’s startling prediction comes as a surprise. He also predicted that Bitcoin will trade between $30,000 and $50,000 this year.

Since the beginning of 2022, the cryptocurrency market has come to a halt and has begun to move downward. Governments all around the world have been pushed to include crypto in their future policies due to current geopolitical crises. Recent events such as Russia’s invasion of Ukraine and the Federal Reserve’s planned rate hike have maintained the market’s skepticism. He said:

“I think literally the FED hasn’t even started hiking rates, they haven’t started pulling liquidity from the system and so the whole year thought would be a $30,000 to $50,000 range in bitcoin risk to the upside, not the downside.” 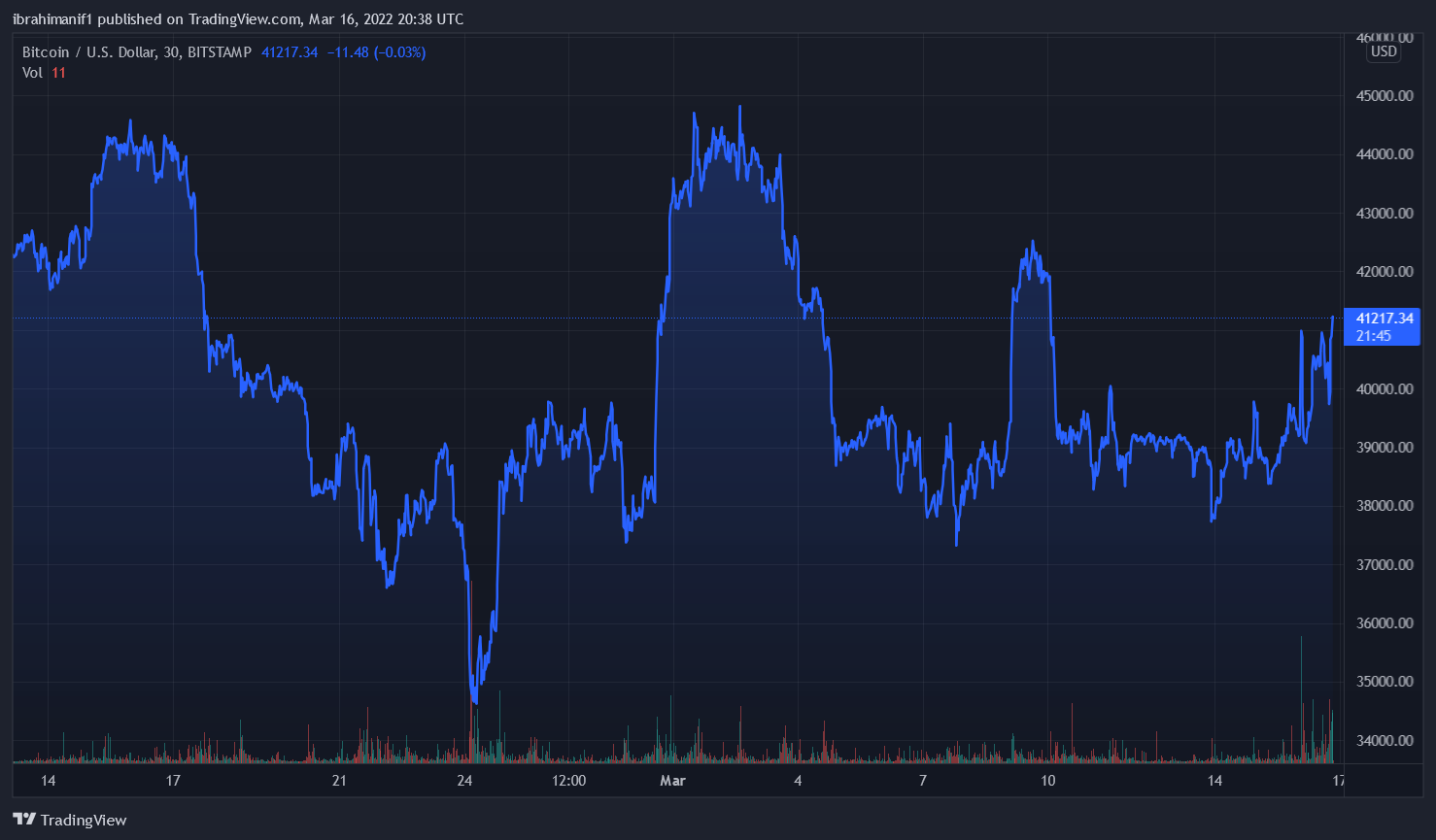 ‘You know five years out, if bitcoin isn’t at $500,000, I’m wrong on the adoption cycle,’ Michael Novogratz remarked, despite the current BTC price. He believes that Bitcoin, the world’s largest cryptocurrency, grew far quicker than the internet did in the 1990s last year.

Adoption Will Require A Pause

If the king crypto is to rally, Novogratz believes that a pause is required, as BTC’s narrative story is to pull individuals into a community.

Bitcoin users outnumber Russians by a large margin, and it is difficult to recruit new members in the current climate.

According to Novogratz, the bitcoin revolution is not a one-way street. He cited the explosive expansion of altcoins, non-fungible tokens, and dollar-pegged stablecoins as examples.

There are still some regulatory barriers to overcome. Novogratz argued that BitLicense, New York’s landmark bitcoin regulatory system, should be scrapped.

He also chastised the Securities and Exchange Commission for its divisive enforcement-based regulatory agenda.